Business Internet Marketing Strategies for You

There is no doubt that 2010 was the year of mobile technology, which means the developers are off to the races. I personally had my imagination confined inside the phone and never brought exterior gadgets into the equation. A recent Mashable article, however, shows us that Jack Dorsey and Keith Rabois never know when to stop being gods of the Internet. After pioneering small networks such as Twitter and LinkedIn, they are now part of a team leading the way in mobile credit transactions.

This team was formed in 2009 and is known as Square. Square is, in fact, a square - a small square that enables every iPhone/Droid/iPad user to be a self-sufficient merchant. This small Square device plugs into the audio jack (2.5mm) and instantly allows you to start swiping credit and debit cards for a 2.75% fee. So, if your business lends itself to taking payment processing to the customer, services and devices like Square may hold some appeal.

Now anyone can be equipped with the technology to take digital transactions with ease and no commitment, but what does this mean? It means that we are looking at one of the foundational steps in the process of moving into the Digital Revolution. As a business owner, you will be allowed to move around and follow through transactions on the go. Now, I don't think a caravan of Bohemians will be touring around the country swiping credit cards - but, for once, small businesses can run transactions with ease from any location. And - this is yet another tool highlighting the growing importance of cloud computing.

The biggest question, of course, is, “Can they steal my account information?” Square has been attacked on this issue, largely from their biggest rival Verifone. But after Jack Dorsey said, “Credit card number thievery is possible every time you hand your plastic over to a waiter or salesperson” it seems more likely that Veriphone is simply trying to take out their key competition. So, watch for a vicious battle in the coming months for market share in the new Mobile Payment industry. And be on the lookout for Craigslist pages advertising their Square capabilities.

Hey, maybe now The Grilled Cheese Truck can even make it to D.C.

It's not rocket science — honest — but there are some very particular things that every business must do to attract leads and customers on the Internet. We love sharing those tips ... so, poke around. Pick up some expert online marketing advice — and come back often. We'll be here!

Sign Up Now For More Tips To Help Grow Your Business 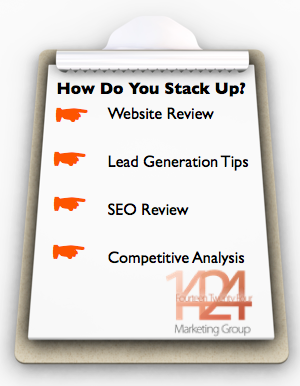